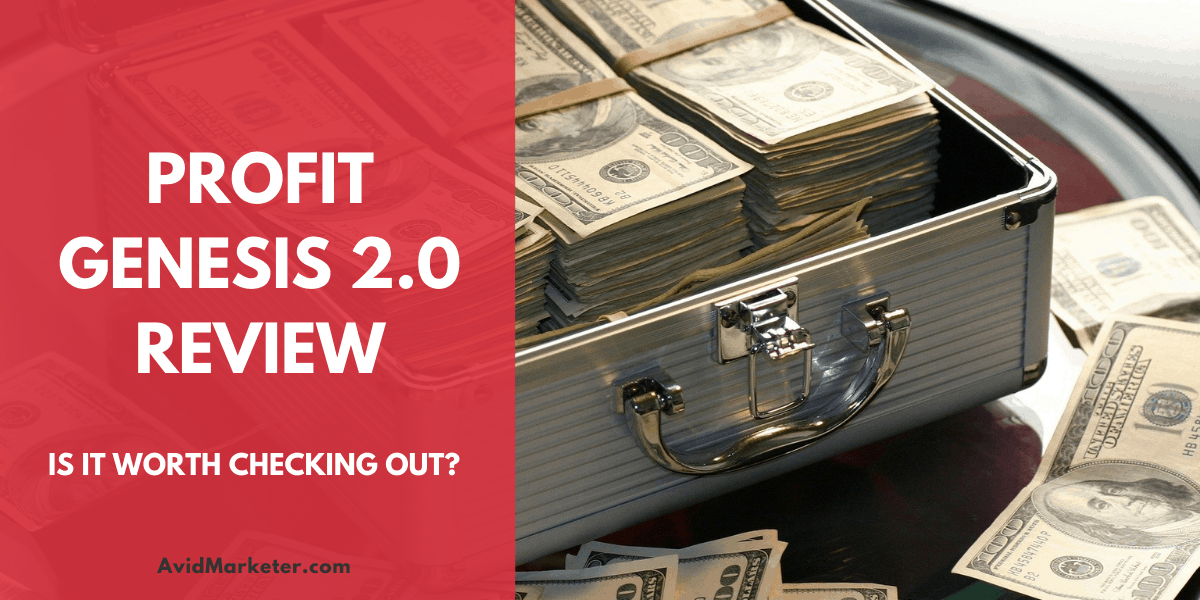 So, let's see if that is a reality or not, it's time to put on my reviewing hat. What Is The Profit Genesis 2.0?

If you head on over to their site, you will be hit with a VERY long promotional video, aimed at giving you zero clue what the system is actually about.

The actual Profit Genesis System 2.0 or Reloaded or whatever they fancy calling themselves was created by a guy called David Miller (some people seem to think he is a made up person, but from what I can find he is real).

It was originally launched a few years ago (2017 for those reading in the future) and from what I could find, it was pretty much slated for being essentially shadowware. I.e it didn't contain a lot of value.

Profit Genesis reloaded, is meant to be a new improved and shiny system that will fix those problems and hit you with some new things!

During the video, you are told that you will be using an untold, untapped secret wealth source, you know, like a gold mine that no one knows about.

Oh, and it's nothing to do with crypto, affiliate marketing or anything like that, instead this is money magic making system 2.0 untapped potential.

So, if you get past the video, past the sales pages etc and actually purchase the Genesis Profit System, you are going to be shown some training.

What's this training about I hear you cry!

You will be given access to training on how to create an ecommerce or dropshipping business, and ok, they are right.

You could earn $5,000 a week if you created a DropShipping business, but this course/system is not going to give you all the skills you need to get that up and running.

This whole thing has been geared for affiliates to promote and that's it.

Big hyped sales page, mysterious system and then a low cost so that people don't request a refund, because anything under $50 or so isn't worth chasing (or for most people it isn't it seems)

What Would You Recommend Instead?

If you are serious about trying to make money online, including ecommerce or DropShipping then you need to really follow someone who has a proven track record.

Not some shady promo video that tries to sell itself as some magical software or system, but in reality is some overhyped training.

One of the best ecommerce guys out there, has to be Franklin Hachett, hands down. His ecom Elites course has actually produced students who have gone onto earn 6 or 7 figure stores.

Is it something that takes 15 minutes to set up and that's it... it just gives you money over and over again? No, it can take days or week to set up properly and get to a point whereby you can leave it to run on it's own.

I wouldn't quite class it as a scam, but I wouldn't recommend it.

There are much better, more upfront and honest products or training services out there, that will cost you more, but at least work.

Check out the eCom Elites Review to see one of the best eCommerce programs out there.