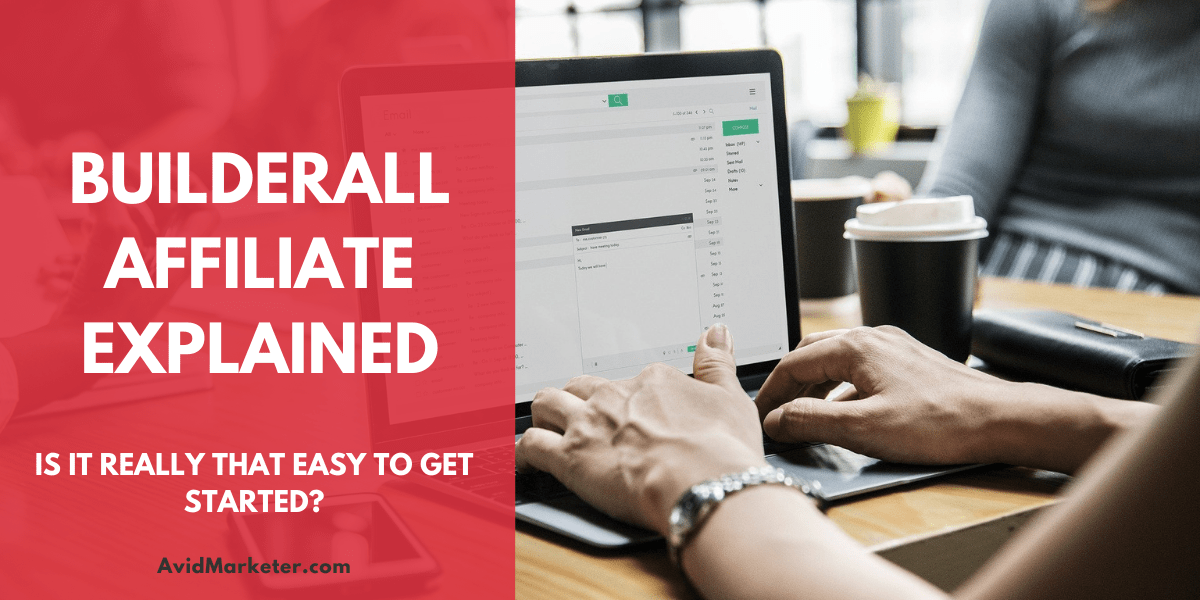 About midway through 2019, BuilderAll decided to release the much anticipated BuilderAll 3.0.

If you haven't read up about BuilderAll 3.0 or you are not sure what the changes include, then be sure to read the full BuilderAll review.

The original BuilderAll Affiliate program, BuilderAll leveraged system or even BuilderAll business, depending on who you have heard it from, or when you found out about BuilderAll.

They all essentially mean the same thing, but they do have slight difference in tier, pricing and commissions.

BuilderAll business, was the pre BuilderAll 3.0 naming for their Affiliate program, and would provide you with 100% on any payments that your direct affiliates provides, followed by 30% every single month following.

If any of your leads decided to promote BuilderAll, then you would receive an additional 30% commissions.

You would then also get either $20 or $9 each month for anyone that your own leads bought on board.

Allowing you to essentially have a small team of affiliates underneath you providing you with a passive income.

One thing to note, you did have to have a business account for you to have access too this ability, so you had to pay the higher tier costs each month to be able to promote it to others.

This was one of the reasons why BuilderAll used to be called a pyramid scheme, a bit like ClickFunnels used to be condemned for the same reasoning, though ClickFunnels created the DreamCar program as a separate program quite a few years back, which allows you to promote ClickFunnels without ever owning it.

The accusations don't make a lot of sense, as BuilderAll is a platform, that can be used with or without the need for affiliates or tier 1/2 affiliates etc and the reasoning behind needing to have the higher tier to be able to promote it was because they wanted people to use the system, not just promote something they knew nothing about.

As I said above, with the overhaul of BuilderAll, they decided to try and simplify the Affiliate Program, which I personally believe backfired massively.

BuilderAll have removed the need to actually own BuilderAll to promote it.

Yes, you can now sign up as a stand alone Affiliate, though you will have to pay a an annual $50 fee for the privilege.

The change in pricing and earning potentials with tiers.

Rather than 3 separate pricing options per month, they decided to simply have two.

You have the $29.90 plan and the $69.90 plan. The higher plan obviously giving access too a lot more tools, templates and basically the whole system, but also earns you more points, which makes it easier to earn more from your affiliates.

The introduction to the worlds most confusing points system (why!).

The points system essentially encourages you to sell more products or to push to sell the higher tier product, as it gives you access too more rewards.

If you own BuilderAll, you will instantly hit either Affiliate Tier 1 or Affiliate Tier 2, depending on what plan you own yourself, but if you are an affiliate only, then you basically don't reach those tiers until you start selling stuff and boy you need to sell things to get there. 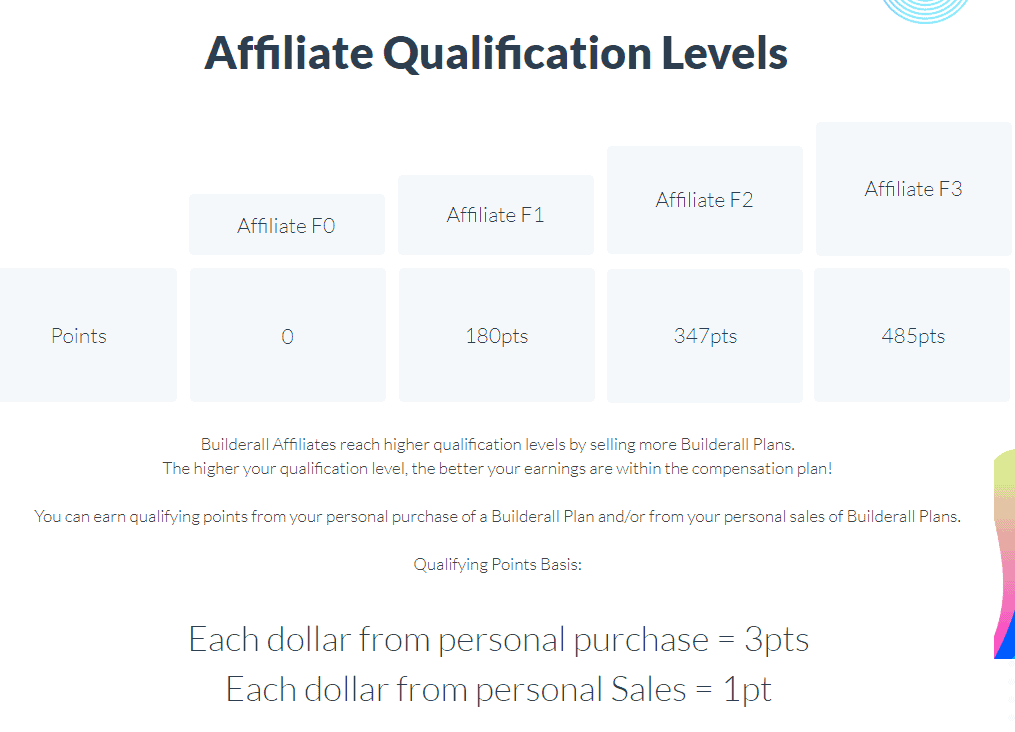 You can bump yourself up the tiers by selling more plans, or by increasing your own plan, so you are already being encouraged to unlock the highest tier, or even pay monthly rather than taking advantage of the Affiliate yearly payment (that will earn you 0 monthly points).

Why do you need these BuilderAll tier points? I hear you all cry.

Because those points determine how much you get from your affiliates below you.

We have learnt about the new pricing structure, we have learnt that you no longer need to own BuilderAll to earn commissions from promoting BuilderAll, though you miss out on a ton of bonuses and cash if you don't own it yourself.

So the final change that they introduced, is a thing called the UniLevel Bonus!

Are you really confused yet? Because I am.

The UniLevel bonus scheme was introduced, to remove the flat 30% rate that you would get on those who where not your direct sales. I.e those who have been bought onboard by someone below you.

The UniLevel also means that you need to be a higher tier, to enjoy the benefits of those below you and to get higher commissions. 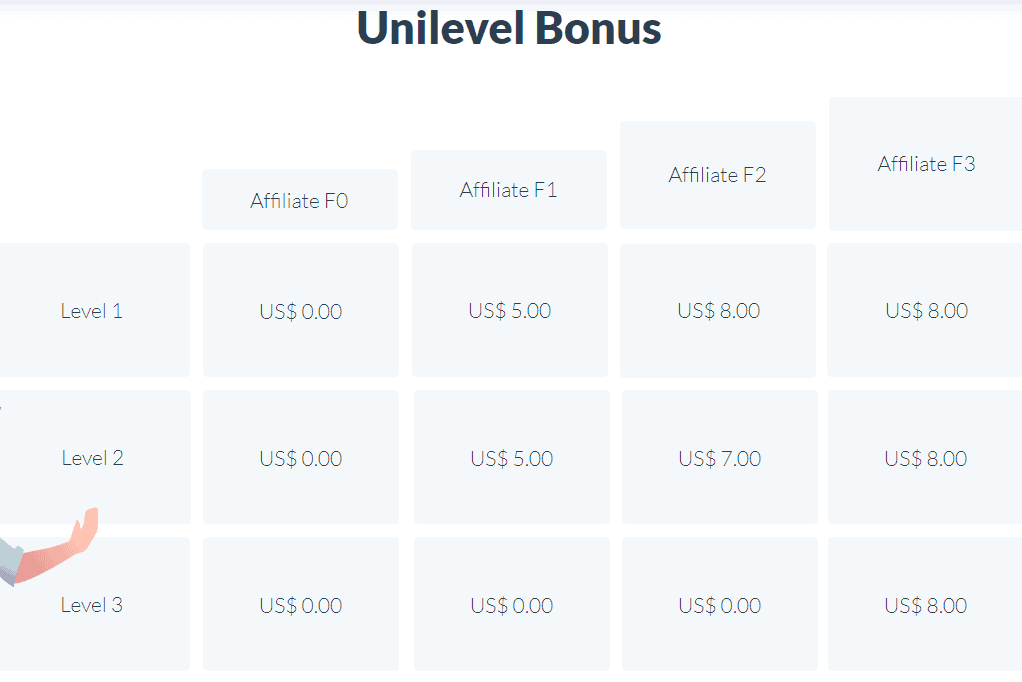 If we take the highest level program that you can see, the $69.90 as an example, this is the earnings that you will now get, depending on their level.

So gone are the 30% flat rate, or essentially $20 you would have gotten a month using the old system.

You are now given anything from 0% ranging to 12% for each tier below you (3 levels deep).

This now encourages you to encourage everyone below you to bring people on board, which is kind of going away from that mentality they had at the start of the year.  It also pushes you towards the mentality that you want to keep at least  Affiliate Tier 2 or Affiliate Tier 3 points to ensure you are maximising the full amount you can earn per account below you.

What I like About The New BuilderAll Affiliate Program

You do also get commissions from Tier 1 - Tier 3, though this depends on if you have enough points to get that commission based on when they pay their bill vs the moment you pay yours / your affiliates pay theirs etc.

What I Dislike About The New BuilderAll Affiliate Program?

They have taken a fairly simple, kind of normal affiliate system and then made it about 500X more difficult.

All in all, it's quite a baffling and confusing system that seems to go in the face of what they where trying to achieve, which was simplify it.

If you are using BuilderAll as a platform, and you are not actively promoting it, then you probably not going to care or notice the changes, you will just on occasion get paid some cash and happy days.

If you are in the market as an affiliate marketer, then you will more than likely get confused, angry or even just give up entirely.

If it wasn't for the fact I have a fair number of affiliates and I actively use the platform for funnels, then I would have just walked away from the whole platform.

As BuilderAll finally messed up the affiliates I did have by essentially marking the account as 'dormant' and changing their program and making it even more difficult, I have abandoned the affiliates I had. I really couldn't recommend BuilderAll as a program, or as an affiliate opportunity to anyone.

If you want to learn more, maybe read the new confusing post, then read the whole Affiliate page here.